The Origin & Use of Landscaping Lava Rocks 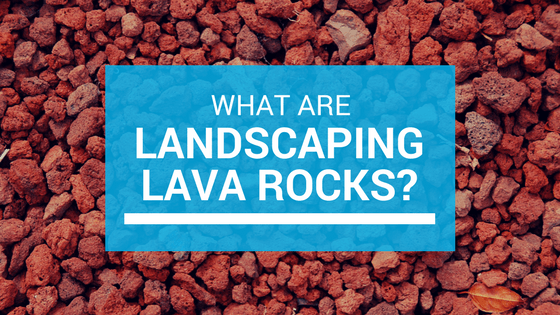 06 Mar The Origin & Use of Landscaping Lava Rocks

Lava rocks are volcanic rocks, widely used in landscaping as a ‘hardscape.’ Their widespread use is with good reason – they are extremely durable, essentially permanent mulch, and provide all the same benefits without the need for replacement every 6-12 months.

Lava rocks provide a weed and insect barrier, and help conserve water. Being porous, water can filter through them and, being lightweight, you won’t break your back putting them in place. In fact, one of the major benefits is that, if you’re buying landscaping material by weight, you get many more lava rocks than other landscaping rock types. While you can’t choose from a variety of colors, the typically rust-colored or black lava rocks complement a variety of landscapes.

So, what are lava rocks? Where do they come from? Lava! Volcanos! Specifically, most of the lava rock in the US is mined from ancient volcanos out west, from places like Utah, New Mexico, California, Colorado and other states. And, lava rocks are extremely old. In fact, the lava rocks around your palm tree may have come from a 20,000-year-old volcanic eruption.

Also, technically, they aren’t really lava. Lava is what we call the molten rock that flows from an active volcano, after it’s exposed to the air. Underground it is called magma. So, the lava rocks in your garden are really an igneous rock – meaning hardened lava. It’s volcanic rock, specifically, most landscaping lava rock is a type of rock called obsidian. Now, you may remember from an elementary class passing around a piece of obsidian rock, and it looked nothing like lava rock. It was shiny, hard and heavy. Lava rock, for landscaping, is foamed obsidian. The gasses released in the volcanic eruption penetrated the lava, but did not escape before the lava cooled, leaving air pockets behind. And, our landscaping lava rock was born.

Lava rocks are a great resource for landscaping use – they have a long life, don’t blow away, keep weeds and bugs away, retain moisture, and look great. They may a bit more of an up-front expense, but over the long term they will pay off.

Sorry, the comment form is closed at this time.